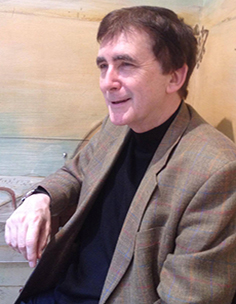 Nicholas O’Shaughnessy is an Associate of Baines Associates.

Nicholas O’Shaughnessy is Professor of Communication in the School of Business and Management at Queen Mary, University of London, and Visiting Professor at King’s College and a Quondam Fellow of Hughes Hall, Cambridge University. He is the author and co-author of many journal articles, edited chapters and books on marketing and political communication, including The Phenomenon of Political Marketing (Macmillan /St. Martin’s Press 1990), Persuasion in Advertising (Routledge 2003, co-author), The Marketing Power of Emotion (Oxford 2003, co-author), Propaganda and Politics: Weapons of Mass Seduction (Manchester; Michigan 2004), Propaganda (Four Volumes, Sage 2012, co-editor), Theory and Concepts in Political Marketing (Sage 2013, co-author), Selling Hitler: Propaganda and the Nazi Brand (Hurst 2016), Marketing the Third Reich: Persuasion, Packaging and Propaganda (Routledge 2017) and the SAGE Handbook of Propaganda (with Paul Baines and Nancy Snow for SAGE Publications, 2020). He is a Senior Editor of the Journal of Political Marketing. He has worked with Baines Associates on a number of specialist research projects for government departments both in the UK and overseas.