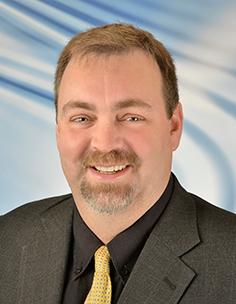 Paul Baines is the Director of Baines Associates.

Paul Baines holds Bachelors, Masters and Doctoral degrees from The University of Manchester, a Masters degree in applied statistics from Lancaster University, and a Postgraduate Certificate in Higher Education from Middlesex University. Paul is presently Professor of Political Marketing at the University of Leicester, having previously been Professor of Political Marketing at Cranfield University, where he remains a Visiting Professor. He is an Associate Fellow of the King’s Centre for Strategic Communications at King’s College, London. He is a Fellow of the Institute of Directors (FIOD) and the Market Research Society (FMRS). He is a current Chief Examiner on the MRS Diploma in Market and Social Research Practice.

Over more than twenty years, Paul’s research has particularly focused on the application of market research and strategic marketing by political and corporate organisations in a political context. He is author/co-author of more than one hundred published articles, book chapters and books on marketing issues. For example, Paul is co-editor and co-author of: the best-selling ‘Marketing’ (Oxford University Press, 2019), now in its fifth edition (with Chris Fill, Sara Rosengren and Paolo Antonetti) and the SAGE Handbook of Propaganda (SAGE Publications, 2020, with Nicholas O’Shaughnessy and Nancy Snow). Paul has published extensively in world-class journals including Psychology & Marketing, Journal of the American Statistical Association, European Journal of Marketing, International Journal of Management Reviews and many others. He has also written extensively for magazines and the press including for Admap, Huffington Post, The Conversation and many others. He is a frequent contributor to the broadcast and print/online press and a sought after guest speaker/chairman at conferences worldwide.

Paul’s marketing research consultancy experience includes marketing research and strategy development projects for a variety of large, medium and small organisations including extensive research for UK and overseas government departments. He was a board director of the sub-regional development agency, North London Limited from November 2006-April 2008 and has been a non-executive director of the Business Continuity Institute since 2017, where he supports the institute’s academic and thought leadership development. In his spare time, Paul enjoys reading non-fiction, film and overseas travel.